The architecture of Atze ́s Temple is simple, strong and dignified, the expression of a remarkable, high culture. Knud Brønnum, architect.

The construction shows that it was built according to meticulous planning, followed through to the last detail, consideration having been given also to the architectural feasibility as well as to the practical work involved in the erection of the temple. The construction work was carried out with superior craftsmanship, bearing witness to the high culture reached by the Atlantians in this field.
On detail of the working procedure which gives an insight into the culture of the Atlantians at the time the temple was built, is the manner in which they later utilized a necessary construction detail as part of the decoration of the temple. The huge stone sections forming the shafts and the capitals of the columns were lifted into place by forged tongs, fastened by copper chains to cranes. The tongs sank into holes cut into the exposed sides of the stone sections. Later, these holes were used in the ornamentation of the smoothly rounded columns.
The planned simplicity of construction shows the clean, pure lines of culture, reminding one of temple structures of much later periods. The temple as a whole, confined within the contours of a pyramid, also bears witness to a remarkable, highly developed architectural art, not seen again until several thousand years later – for example in Egypt.
The cutting and shaping of the huge ceiling stones is an outstanding example of accomplishment. The precision and accuracy of this stonework is fully equal to what can be accomplished by modern stonecutters and craftsmen. The mortises and tenons of the ceiling stones were so perfectly joined as to withstand the rather frequent earthquakes during the period the temple was being built.
The temple is a singularly interesting example of stone architecture, which, without doubt, is unique in the history of architecture. It is unique, because never before has it been possible through research and study of ancient architecture, to obtain such exact information and knowledge about the architecture of antiquity, or of much later times, than it is now available through the reconstruction of Atze ́s Temple. 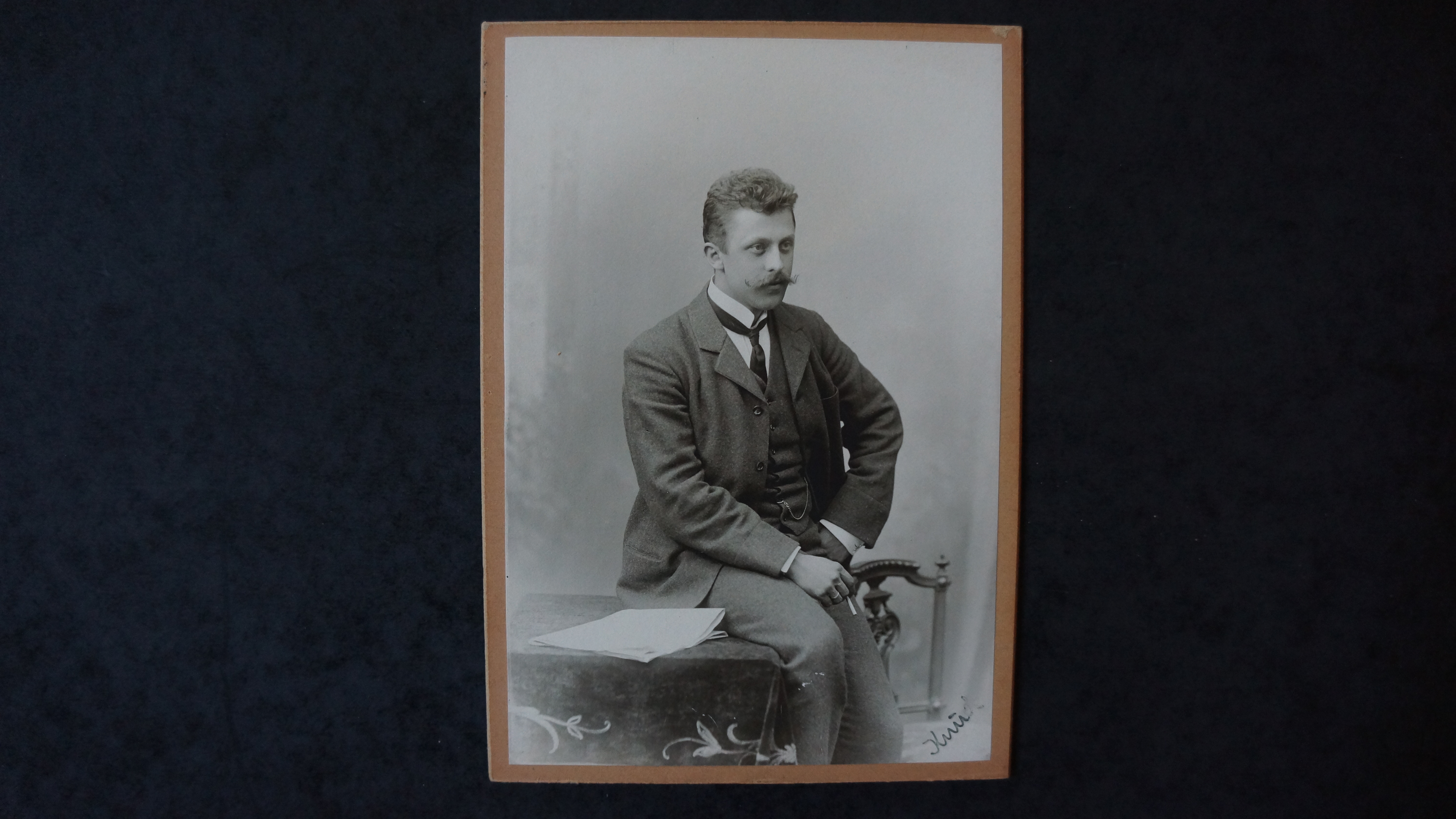 “The following text originates mainly from an oral narrative given to me by Knud Brønnum around the year 1940.
I have done my best to report everything as correctly as possible. What was told me I wrote down the same evening.”  Viggo Prior.

On Atlantis was a mountain ridge as shown above the entrance of Atze ́s Temple. The two lower triangles represents two minor mountains. The higher represents a major mountain and its point symbolizes a fire-spitting volcano.

Atze ́s Temple was build 600 years before Atlantis sank into the sea. The architects were father and son. It took 60 years to build it.
The stone quarries were situated near the temple, and the stones were transported on a conveyance resembling a sledge on rollers. They were shaped by tools made of a special tempered copper and bronze alloy. The huge stone slabs were 120 cm. high and five meters square, and weighed about 70 tons each. They were mortised, each placed on a column thus forming an adjoining surface. The stones on the ground floor were not mortised.
They were lifted by the means of two cranes. The power was provided by 4-500 men, who pulled a chain of tempered copper. They worked with leather pads to protect their hands. The stone slabs were lifted about 40 cm. at a time until they were to be lowered into place. This was done by supporting them on four wooden poles, which were threaded at their lower end. One man would stand on the slab and give the word of command, whereupon the poles were screwed down in unison until they were in position. The slabs were covered with tallow to make them slide into place with more ease. The edges were covered with sheepskin as a protection during the work. Binders and adhesives were not used. Of the entire structure, only one stone was cut wrong and had to be replaced; it had been placed in the lower wall. Only two fatal accidents – falls from the upper storey – occurred among the workers.
The “slaves” were not slaves in the usual sense of the word, but rather like municipal workers in the community. They were provided with good homes, food and clothes, and were never overworked. If one grew tired, he stepped aside and someone else took his place.
Woman also worked on the temple – for example, by carrying earth to fill the temple. As the building of the temple progressed, it was filled with earth from storey to storey so the work was always at ground level.
The columns consisted of several sections. Four holes were cut into each section, allowing for a crane to grip the section while it was being hoisted into place. Later, when the building of the temple was finished, these holes became part of the ornamentations, which were carved into the columns. Rings, in which torches could be inserted, were fastened around the columns.
The temple had been in existence for 500 years before Atze assumed the position as son of the god, highest king and highest priest. It was his special mission on Earth to disclose the secret known only to the two highest priests: the mystic cult, which misled the people and hindered their religious development by believing in a divinity that demanded a ritualistic murder.
Atze did not succeed in his mission at that time, but now, 14.000 years after Atlantis has perished, he has fulfilled the mission by rendering his account.
Signed Viggo Prior
1931 – 1940 – 1972